Get fresh music recommendations delivered to your inbox every Friday.
We've updated our Terms of Use. You can review the changes here.

Love Is A Dog 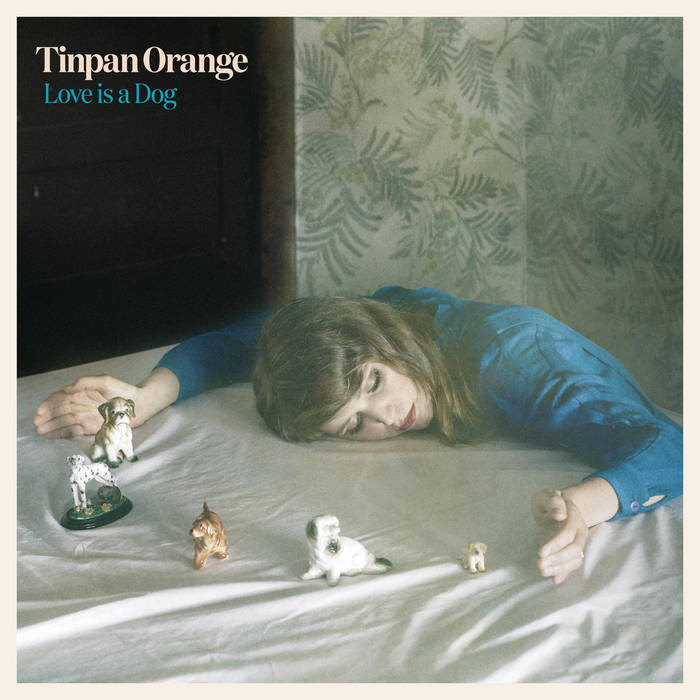 Casper Gjede Jansen What can I say - Love is a dog by Tinpan Orange is an amazing album. This is music I with delight dives into when I need a quiet moment with a very talented artist, who clearly loves making deep emotionel music.
Don't get scared away by the rather boring cover - this music, lyrics and atmosphere will get to you and run through all of your emotions. Highly recommended!

In 2015 Tinpan Orange returned to the studio to record their fifth record, Love Is A Dog. Inspired, as always, by love, this collection of eleven songs is an exercise in musical portraiture: a rarified, naturalistic world, in which the few essential elements have been arranged to perfection. The deep, throbbing tremolo guitar, the shimmering strings, and the fine threads of Emily Lubitz’s gossamer voice, are the defining components of this album that isn't reliant on tricks of production but rather the raw, live performances that each band member brings.

Uncompromising in vision and astonishingly beautiful in execution, Love Is A Dog represents the culmination of a decade’s work. Recorded live, the chemistry between siblings Emily and Jesse is undeniable – the effortless mastery of blend that is only born from a lifetime’s singing and playing together. Alex Burkoy, full of gravitas on the violin, gives his greatest performance yet – the stark playing imbued with a sense of profound humanity.

The opening track, Rich Man sees Emily's voice soar into a gentle falsetto, the band simmering beneath her as she tells her cautionary tale. Love Is A Dog is heartbreaking ode to the end of a love affair, with Jesse's harmony perfectly complimenting Emily's melancholy refrain. Lucky One and Hear From Me bring a lightness to the album, providing some key sing-along moments. Light Across The Water is a smouldering and emotional peak in the record while Leopards is a folky finale, pervaded by the luscious harmonies that have come to define this band, its soaring climax is a perfect end to a deeply considered album.

Produced by Tinpan Orange and Harry James Angus (The Cat Empire, Jackson Jackson), mixed by Adam Selzer (Jolie Holland, M. Ward, She and Him), and engineered by Matthew Neighbour (Missy Higgins, Matt Corby, Courtney Barnett) Love is a Dog is a luscious and melodic new offering from this prolific band.

The Age writes that “the intoxicating romance of this exceptional band can't be contained…” and while Tinpan Orange are renowned for their idiosyncratic live performances, Emily's wild dance moves and interesting stage outfits, nonetheless, for all the heady glamour, they have always been grounded in a deep sense of emotional honesty. With this rarest golden thread they have woven their cloth.

Tinpan Orange are one of Australia’s most loved brother-sister outfits. With the ethereal and mesmerising Emily Lubitz at the helm, joined by her brother, guitarist Jesse Lubitz and violin virtuoso Alex Burkoy, Tinpan Orange’s heavily stylised dark-folk-country music combines the highest levels of song-craft with an aching, sweeping romanticism. ... more

Bandcamp Daily  your guide to the world of Bandcamp

Mille Petrozza stops by to talk about the new Kreator album, plus music by Trauma Bond